I ran across this undated window of Arnold Constable & Co. and I suspect these are knock-offs of Schiaparelli’s summer 1939 collection that was inspired by the 50th anniversary of the Eiffel tower” 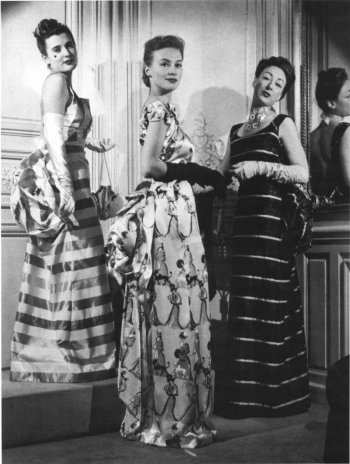 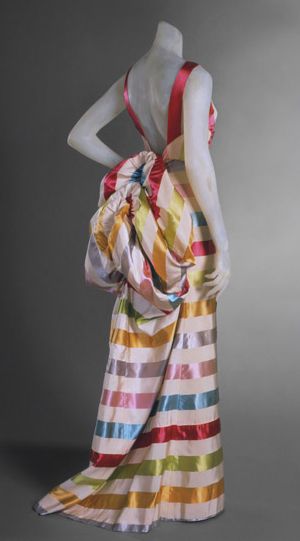 Advertisment for Schiaparelli hats at Morgan’s, from ‘The Montrealer’ April 1958

Morgan’s was a Montreal-based department store founded as a dry good mercantile by Scottish immigrant Henry Morgan in 1845. After a rocky financial start, Henry Morgan brought in his brother James as an investor and partner and in 1852 the company was renamed Henry Morgan & Company. The following year the store moved to a premises on McGill St. and later expanded around the corner onto Notre Dame. In 1866 the store moved to St. James street at Victoria Square but by 1889 this venue had become too small and plans to move to a new location began. In 1891 the company opened its doors at a new location on Ste. Catherine Street, which precipitated a shift in the fashionable downtown shopping area to Ste. Catherine Street. In 1923 an eight-floor addition doubled the space of the original 1891 store.

The 1950s saw the expansion of Morgan’s beyond downtown Montreal. Branches were opened in Toronto and Ottawa in the early 1950s, and, in 1953 Morgan’s became the first department store to locate a branch in the suburban Boulevard Shopping Centre (the largest strip plaza in Canada at the time) in northeast Montreal. At its peak of operation in the late 1950s, Morgan’s had 22 stores in Quebec and Ontario.

It’s time to take the thumbtacks out and post some things I have found online that I think are wonderful, wacky, or just plain weird… 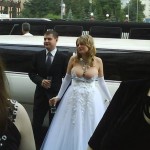 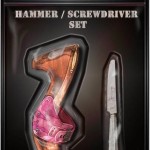 Admit it, we’ve all done it… 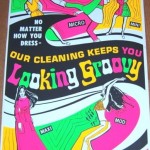 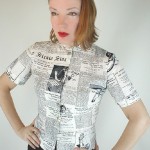 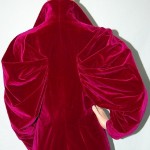 A Schiaparelli coat that went for a lot of money, but what great sleeves! 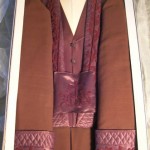 I bet you are dieing to wear this! A new suit for the recently deceased from Western Casket Company, c. 1900 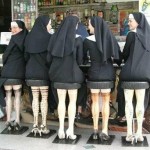 …so five nuns walk into a bar… 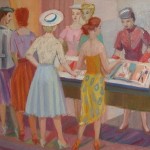 A painting of women looking through pattern catalogues, c. 1958 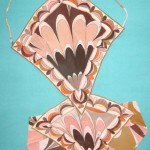 All images were gleaned off the net, if you are the owner of any of the images I will remove them upon request.