Buying images for a publication can be prohibitively expensive. I wish I had known about the Library of Congress image archives when I wrote my book Forties Fashion. They have a phenomenol collection and it’s copyright free! In keeping with Remembrance Day here are some superb images of women in factories during World War II from the Library of Congress archives. These are American images, but of course, scenes just like these were occurring around the world during the war and on both sides of the conflict. 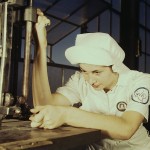 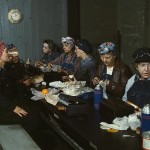 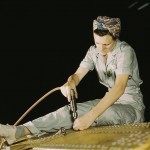 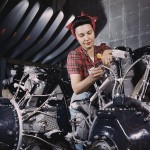 The standard kerchief tied into a turban style 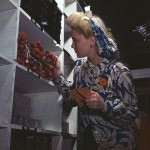 “Oh! Was it today the photographer was coming to take my picture?’ 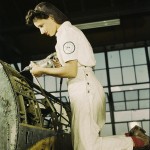 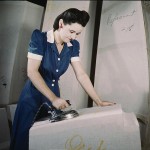 Familiar work for a woman! 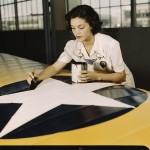 Painting was one of the few areas in factories where hair nets, turbans, or caps were not required 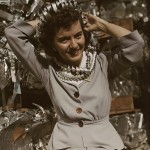