Boots were new to a lady’s wardrobe in the late 18th century. As pedestrianism increased in popularity, boots became practical choices for long walks over soggy fields and dusty roads. However, lurking beneath the sensibility of the fashion was a fear that women were adopting men’s dress. This pair of caricatures from 1787 by Henry Kingsbury illustrates the trend for women in boots, as well as the fashion for men using too much lace and feminine styling in their dress – a trend that would fall from favour, along with the French aristocracy, within a few years. For more information on women in men’s dress, the Georgian Gentleman blog has an interesting snippet on women dressed in men’s attire to go shooting and play cricket in the 1770s.

Probably the most famous footwear song ever written… from February 1966, Nancy Sinatra’s These Boots are Made for Walkin’:

It turns out that there are many many cover versions of this song and here is a website that lists many of them: http://these-boots-are-made-for-walking.tumblr.com/ 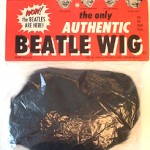 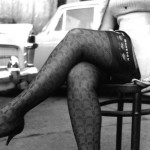 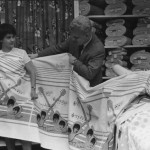 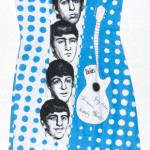 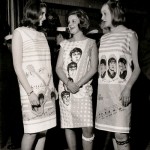