One of H. V. Cowie’s more popular imports were Dunlop Slacks, made in England, and sold with the promise they were “Anatomically correct in the comfort zone”.

After Hedley Cowie’s death in 1965, the company went into decline. The Sheppard Avenue sewing plant was sold off in 1967, although the company remained in existence (perhaps just as an importer?) until dissolution on 1 July, 2008. 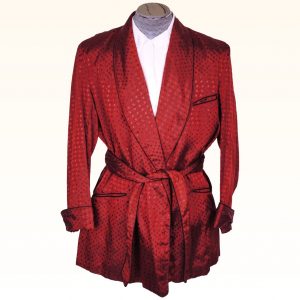 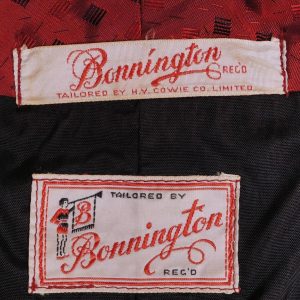 Jonathan Walford is a fashion historian and co-founder of the Fashion History Museum in Cambridge, Ontario. The FHM maintains a collection of nearly 12,000 artifacts dating from the mid 17th century to the present. Jonathan has authored various books and museum catalogues, including The Seductive Shoe, Shoes A-Z, Forties Fashion, 1950s American Fashion, and Sixties Fashion.
View all posts by Jonathan →
This entry was posted in Canadian dress, Men's fashion and tagged Bonnington, San Remo, Toronto. Bookmark the permalink.