We aren’t even half way through 2017 and some of the worst fashions have descended upon us this year. On the good side, these fashion disasters are the only news stories that can even begin to compete with the Trump presidency: “She’s a Goddess”. I am not a blindly supportive fan of Rei Kawakubo – the designer being honoured by the Met this year. She is an artist and pushes the boundaries of what is fashion, but she has a lot of bad ideas amongst the good – no designer can hit a home run every time. However, she also opens the door to less talented designers who think its cool to be irreverent and that ugly is the new black. Throwing paint at a canvas doesn’t make you an artist – you have to know what you are doing. The effeminization of male attire. I can see there is a sartorial renaissance underway, but every time this happens and men start wearing pocket squares and colours other than navy blue, stupid stuff happens too. The last time this occurred was in the late 1960s-early 1970s with the peacock revolution — colourful print shirts and velvet jackets were great, but mini skirts and his & her velour jumpsuits sucked. This time it’s onesies and lacey shorts that are going to take the progressive men’s fashion movement down… Poverty Chic. It’s actually offensive to see dirty clothes being sold as chic attire. What’s worse is that these aren’t being sold ironically, as a political statement about the declining standard of living, or with a cause – with a portion of all sales going to clothe the needy. These are overpriced brand new jeans being worn by trust fund millenials and dot com X-genrs to show how rich they are – like the French aristocracy of the 18th century that decorated their wigs with marzipan fruits and cakes during a famine.

Honourable mentions include: over-designed athleisure, camo-anything (that is so 5 years ago), attempts to restart a jean generation with novel ideas…, and anything Ivanka. 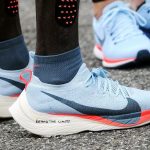 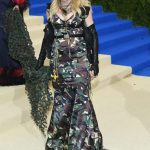 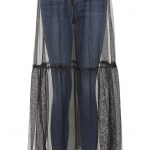 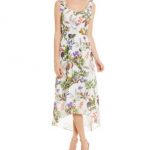