The holoku, as it is known in Hawaii (and its shorter version, the muumuu – which means ‘cut off’), is also known as an ahu tua (empire dress) or ahu mama (granny dress) in Tahiti. Other variations in name exist around the South Pacific that all refer to these colourfully printed cotton dresses originally made as wrappers (aka Mother Hubbards) in the late 19th century. Originally designed for use as house dresses and maternity wear, these were intended to be worn with a belt (often in the same material) that could be adjusted during the pregnancy. South Pacific natives, who were given the dresses by missionaries to cover their nakedness, didn’t wear the belts and set in motion a regional style of dress that became a traditional clothing style for most of the South Pacific. Since the 1930s holokus and muumus have been made up from brightly coloured tropical floral prints that were printed in Japan before World War II, and in the U.S. since. 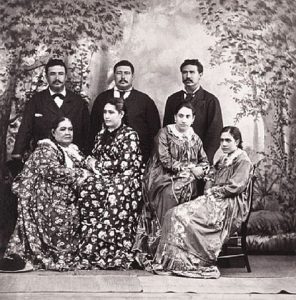 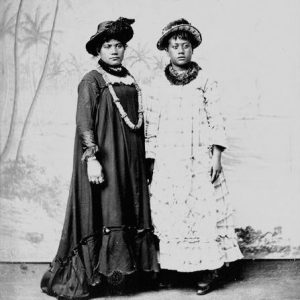 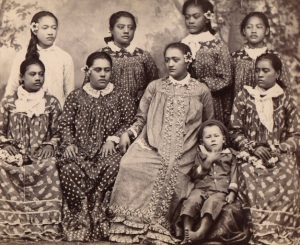 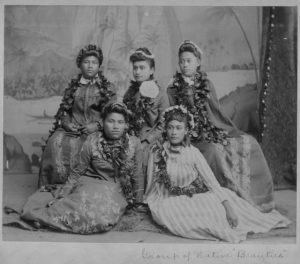 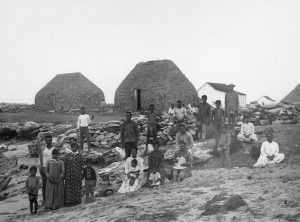 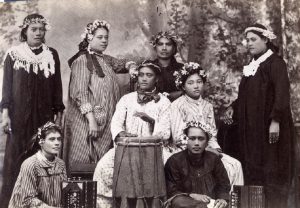