Sad news today to hear Mary Tyler Moore has passed away. Unbelievably, she is only the second major cast member from the Mary Tyler Moore show to pass; Ted Knight died in 1986 but everyone else is still with us!

My favourite show growing up in the 1970s was The Mary Tyler Moore Show, especially the first few years when the characters Mary Richards, Rhoda Morganstern, and Phyllis Lindstrom shared the same house. Those three characters pretty well covered everything you need to know about early 1970s fashion. Mary was the modest career girl (except for that one episode with the green dress…), Rhoda was the Bohemian, and Phyllis the artsy, society type.

MTM’s influence on fashion goes back into the 1960s when she played Laura Petrie on the Dick Van Dyke show. Unlike all the other TV moms of the time, Laura Petrie had sex appeal in her Capri pants or tight skirts. 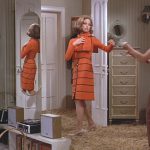 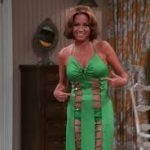 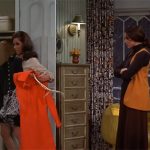 Jonathan Walford is a fashion historian and co-founder of the Fashion History Museum in Cambridge, Ontario. The FHM maintains a collection of nearly 12,000 artifacts dating from the mid 17th century to the present. Jonathan has authored various books and museum catalogues, including The Seductive Shoe, Shoes A-Z, Forties Fashion, 1950s American Fashion, and Sixties Fashion.
View all posts by Jonathan →
This entry was posted in Style shakers. Bookmark the permalink.