Although I knew about various Superhero and Archie comic books when I was a kid in the 60s/70s, I didn’t read them, so there was a whole world of popular culture that existed outside my sphere of reality. Because I wasn’t into that I also wasn’t aware that there was such a thing as ‘girl’ graphic novels about love — and fashion.

A recent article on Messy Nessy Chic brought my attention to it, and with a bit of spelunking about the net I have found a few online resources for images from these romance comics. It seems romance comic books are overshadowed by the superhero and science-fiction comic book genres, often lingering at the back of comic book stores and left unsold at the end of comic book conventions. What a shame, because romance comics are filled with wonderful images and salient fashion advice aimed at teenaged girls. 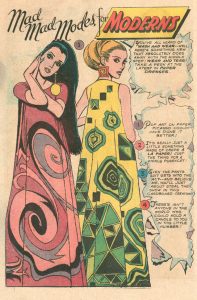 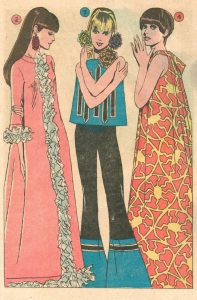 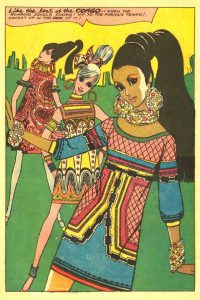 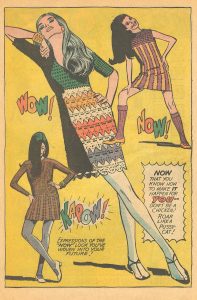 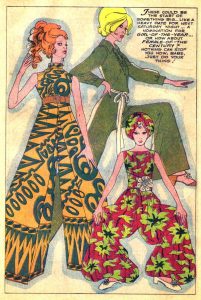 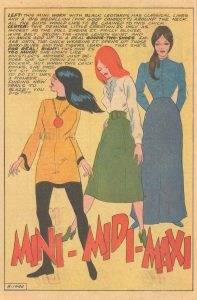 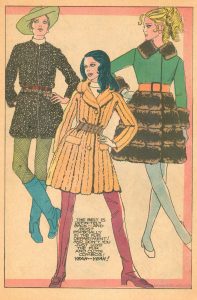 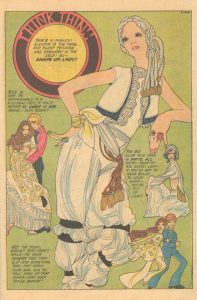 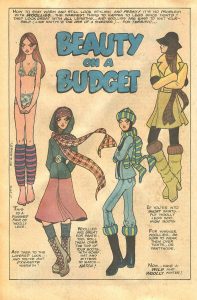 Jonathan Walford is a fashion historian and co-founder of the Fashion History Museum in Cambridge, Ontario. The FHM maintains a collection of nearly 12,000 artifacts dating from the mid 17th century to the present. Jonathan has authored various books and museum catalogues, including The Seductive Shoe, Shoes A-Z, Forties Fashion, 1950s American Fashion, and Sixties Fashion.
View all posts by Jonathan →
This entry was posted in history and tagged 1960s, 1970s, comic books. Bookmark the permalink.