I shouldn’t say newest, because the Musée de la Mode has existed since 1979, but under different names with different mandates. Located on the south shore of the St. Lawrence River, in the community of Saint-Lambert, the museum was originally located in a typical seigneury style mid 18th century stone house. The house was designated as an historical property by the Quebec Government in 1974, and was renovated into a museum in 1979. It was known as the Musée de Marcil, after the Marcil family who had originally built the home.

In 1993 the mandate of the museum was redefined to concentrate on costume (fashion and ethnographic) and textiles. In 2001 we created our first travelling exhibition on the history of paper dresses (before the Fashion History Museum officially existed) that debuted at the Musée de Marcil. In 2006, the museum’s name was changed to reflect the new focus to Musée du costume et du textile du Québec, and in 2013 the museum crossed the river to locate in a new building known as the Marché Bonsecours in Old Montreal. 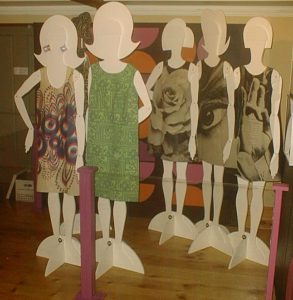 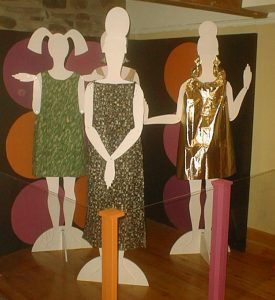 In 2016, the museum’s mandate was honed to focus just on fashion – the only museum in Quebec devoted exclusively to that topic, although the McCord museum in Montreal has  either the best or second best collection of historical fashions in Canada (the other being Toronto’s Royal Ontario Museum).

I am delighted to see another institution devoted to my favourite topic!