The first commercial lipsticks appeared on the market in the 1880s. While too much lipstick soon became associated with loose morals, many ‘nice girls’ dabbed lip colour sparingly onto their lips to achieve a healthier appearance.

Just as the fashion for stronger lip colour was taking off in 1915, the invention of metal, retractable lipstick tubes (made from bullet casings) made lipstick application an easier process. Previously, lip colour could only be applied at the dressing table, but now lipstick could be carried for touch-ups, although early lipsticks were prone to melting in hot weather.

In 1926 lip stencils were first made by cosmetics manufacturer Helena Rubinstein to ensure the flawless application of a heart-shaped “cupid’s bow” lip. Various improvements to these stencils over the years were fodder for patents: 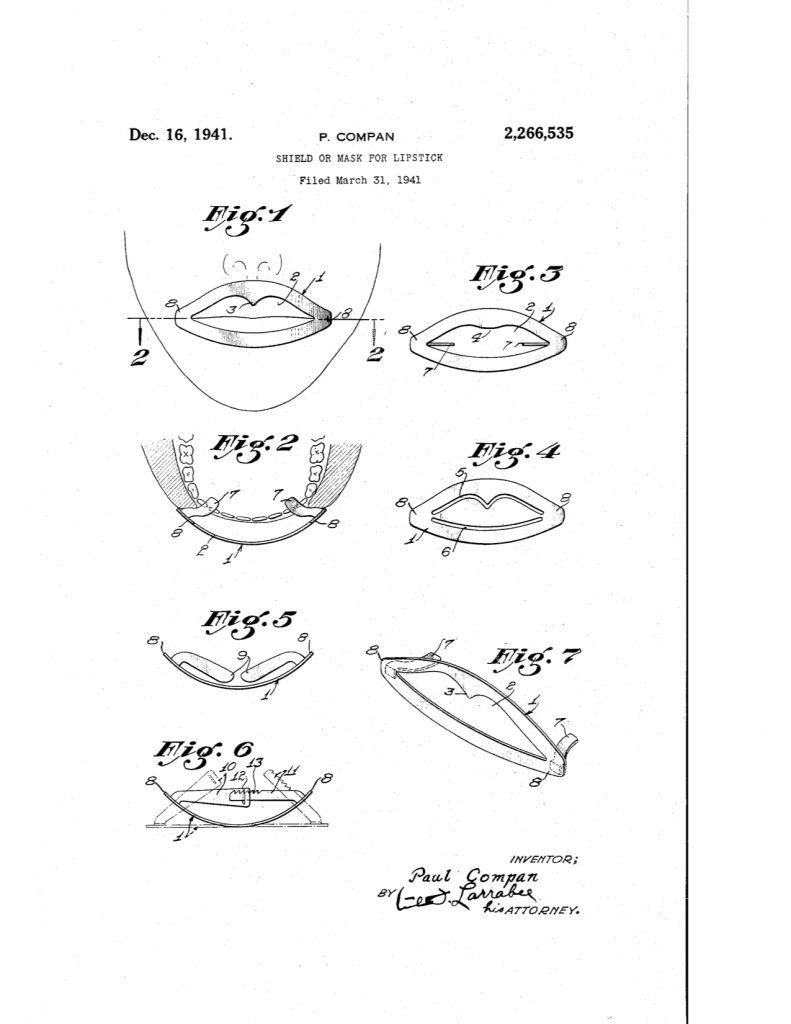 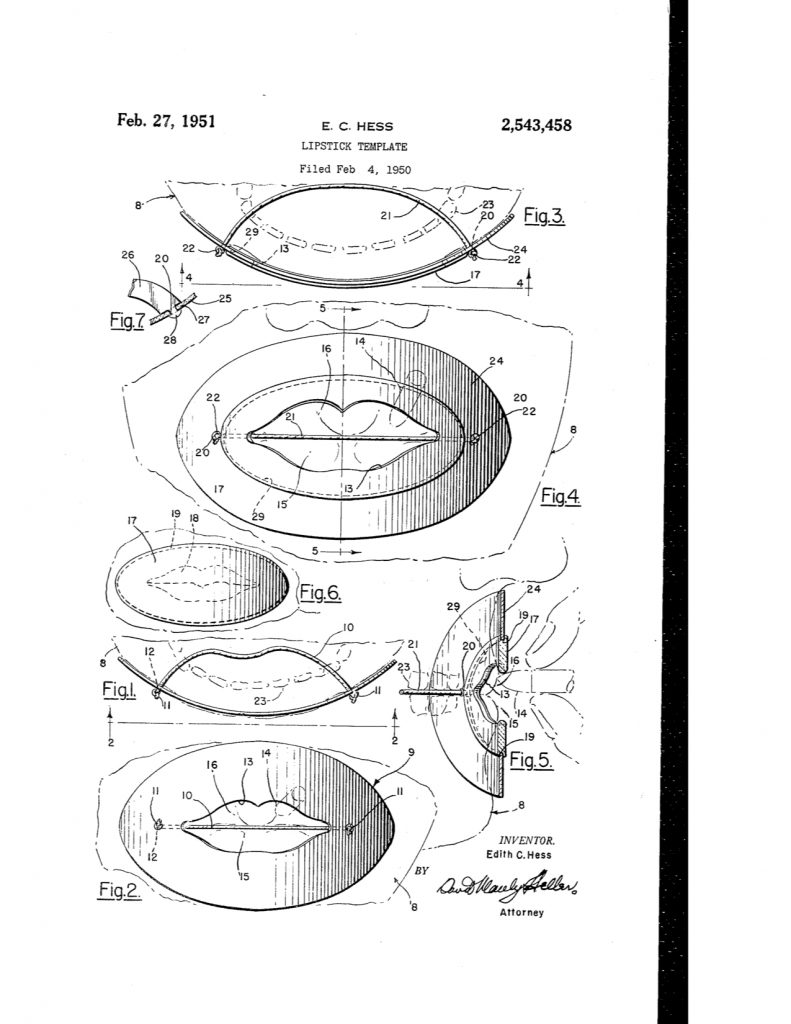 Jonathan Walford is a fashion historian and co-founder of the Fashion History Museum in Cambridge, Ontario. The FHM maintains a collection of nearly 12,000 artifacts dating from the mid 17th century to the present. Jonathan has authored various books and museum catalogues, including The Seductive Shoe, Shoes A-Z, Forties Fashion, 1950s American Fashion, and Sixties Fashion.
View all posts by Jonathan →
This entry was posted in Beauty & Cosmetics, Patent fashions. Bookmark the permalink.