Why doesn’t somebody do a series set in department store that would be REALLY fascinating… like Biba?

There are plenty of posts in the blogosphere about Biba, so I won’t go into detail: It started in 1964 with a mail-order offer in the Daily Mirror for a pink gingham dress designed by Polish-born designer Barbara Hulanicki. Apparently somewhere between 4,000 and 17,000 of these dresses were sold but that sounds like a massive exaggeration to me, especially as I have only ever seen a picture of one extant example of this famous pink gingham dress.

Whatever the real number of sales, the dress was the start of the meteoric rise of Hulanicki as she designed her way from a boutique to a department store. In 1973, Biba opened in the former 7-story Derry & Toms department store on Kensington High Street in London. The store looked like it had been designed for a Ken Russell film – a mix of Hollywood glam, Art Deco decadence, Mod elan, and English eccentricity. It was so cool that Twiggy and David Bowie went there, and even the young Anna Wintour started her fashion career as a Biba sales-girl. Hulanicki said her ideal customers were “postwar babies who had been deprived of nourishing protein in childhood and grew up into beautiful skinny people…” Something Wintour maintains to this day.

THIS is the department store I would love to see recreated in film… Problem is, it could only be a one year series because the financial strain of operating that size of store in the soft British economy of the early 1970s was too much and Biba shuttered its doors a little over a year later in 1975. 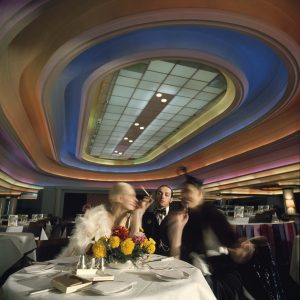 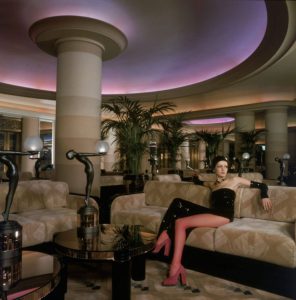 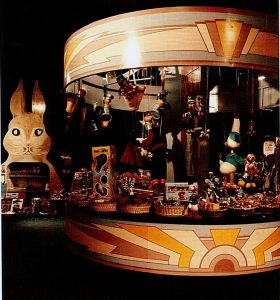 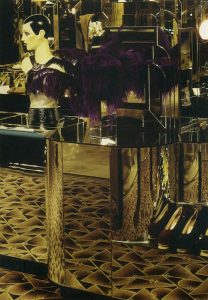 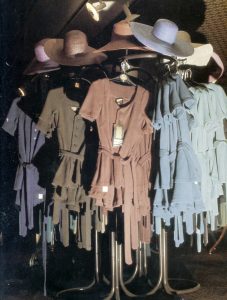 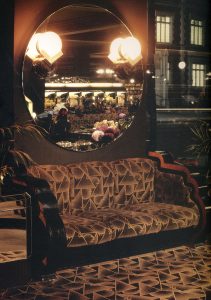 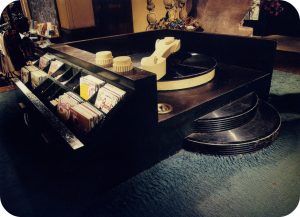 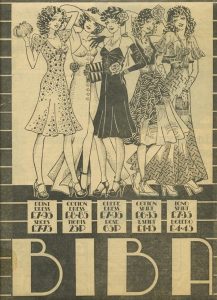 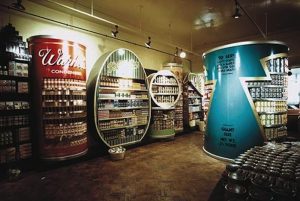 2 thoughts on “The Paradise bores me and Mr. Selfridge annoys me…”