Queen Maxima of the Netherlands was in Germany two days ago wearing this grey coat. Many noticed that some of the star designs on her coat resembled swastikas, which lead to criticism of the Queen. What I find surprising about this whole brouhaha is that: 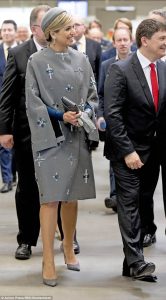 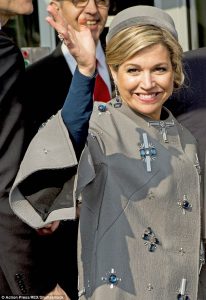 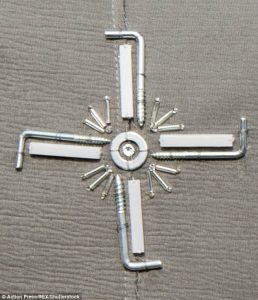 Jonathan Walford is a fashion historian and co-founder of the Fashion History Museum in Cambridge, Ontario. The FHM maintains a collection of nearly 12,000 artifacts dating from the mid 17th century to the present. Jonathan has authored various books and museum catalogues, including The Seductive Shoe, Shoes A-Z, Forties Fashion, 1950s American Fashion, and Sixties Fashion.
View all posts by Jonathan →
This entry was posted in Myth Information, Style shakers and tagged Claes Iversen, Queen Maxima, Swastika. Bookmark the permalink.

9 Responses to What surprises me…