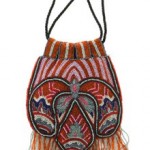 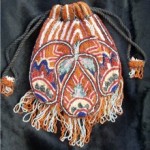 Copying is the foundation of the fashion biz. In 2008 Anna Sui produced a beaded purse copied, bead for bead, in a blatant plagiaristic manner from an original 1920s bag. However there was no law broken because the age of the bag put it outside of any legal protection from being copied.

This past summer I served as an expert witness on a legal case involving a popular sneaker company’s attempt to trademark three existing design elements of sneaker design (toe cap, toe bumper, and plimsole lines on the foxing band.) Two of the elements (toe cap and bumper) were functional not decorative, and therefore not allowed to be trademarked, and all three elements were developed by other sneaker companies before their company adopted their use. The sneaker company lost. While I thought this was a clear case of a company trying to claim ownership of pre-existing designs, precedence does not necessarily win the argument. Christian Louboutin managed to trademark the red sole of his shoes even though Yves St. Laurent had used red soles in the 1980s.

The protection and free use of design elements are not a black and white issue under the law. It is also an issue that is gaining attention with regards to aboriginal works of art. American designer Jeremy Scott and the British company KTZ have been under fire from indigenous groups for using historical Native American motifs. There is a muddy area between appropriating Native cultural motifs and being inspired by Native artistic designs for contemporary commercial use. A leading argument is often made that many of the motifs are religious (shamanistic) or heraldic (totemic) in meaning and thus sacred and not appropriate for commercial use.

This is going to take a while to sort out as even indigenous groups are not clear on which battles to fight. The KTZ Shaming Page on Facebook is gathering examples of  the commercial plundering of Native designs and I thought two recent additions show the breadth of their argument. A parka photographed in 1922 was the source for a fleece pullover design styled by KTZ. Although altered from the original, the modern piece clearly uses motifs that were copied. The original parka was not trademarked, patented, or copyrighted, and is too old to be covered by intellectual property rights, but KTZ made no attempt to contact descendants of the maker or wearer, nor understand the cultural meaning of the parka’s motifs. The great granddaughter of the original owner of the parka explained in an article that the motifs were shamanistic (the hands offered protection to the wearer.) In a culture with a pre-contact faith based on shamanistic ritual, copying motifs of this nature enters the territory of printing an image of Allah on a T-shirt. 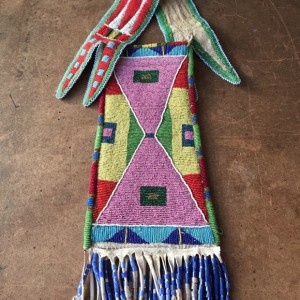 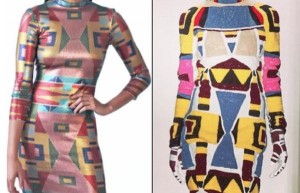 While the parka is clearly a case of fashion plagiarism, another case is not as easy to see why there is a problem. Last year a geometric print dress by KTZ was traced to a similar dress by designer Bethany Yellowtail, who styled her dress after a Crow design from an inherited pipe bag. This case has two big differences from the parka. Firstly, the design was already translated from an original Native work onto a commercially made dress styled by Yellowtail, so the ‘sacred’ argument can not apply, and secondly, I don’t see an exact copy but rather an inspired interpretation of Yellowtail’s dress. Fashion may be an art form but it is also a commercial enterprise and copying is inevitable – that is the nature of fashion. It’s a matter of knowing where to draw the line.