French acrobat Jules Léotard developed the art of trapeze when he first performed a three bar aerial performance on November 12, 1859. He wore a one-piece jersey garment for his trapeze performances that was called a maillot during his time, but that now bears his name. Jules Léotard was immortalized by George Laybourne as the subject of his 1867 popular song, The Daring Young Man on the Flying Trapeze. Leotard died in 1870 from smallpox. ‘Leotard’ entered the English vocabulary in 1886. The earlier term maillot became the French word for a one piece bathing suit. I am starting a new category today – Classics – those garments that keep on going years after they were introduced. First up – The Breton.

The horizontally striped blue and white T-shirt has been credited to Chanel who was inspired by the French Navy, but there is more to the story.

The earliest images of sailors wearing striped tops are found in cartoons (mostly English) from the Napoleonic era and shortly afterwards, when sailors had no defined uniform. British officers had adopted standardized uniforms in the 1740s, but sailors and fishermen wore ‘slops’, a 19th century term for ready-made garments. The captain may have had specific rules about what his crew wore, but there was no standard for the entire navy. Slops consisting of jersey undershirts made of fine knitted wool (and later cotton), full cut shirts, and tunics were smart choices because one size fit most men. Most sailors wore their shirts and tunics for cold weather and shore leave, but donned only the jersey undershirts for daily work.

While checks were the most common form of decoration for cloth (the warp and weft threads being dyed before weaving), stripes were the most obvious and uncomplicated design for knitted garments because the yarn was dyed before being knitted laterally, creating horizontal stripes. Photo taken in 1869 of Guy Mainwaring and Lord Charles Beresford, British officers in the navy who dressed as sailors for a play, presumably as a French sailor (left) and British sailor (right).

The most common, colourfast and affordable, colour to produce at the time was navy blue. It was the dominant colour of military uniforms throughout Europe and North America in the 18th and 19th centuries. Green was occasionally used, which was made from a combination of navy blue over-dyed with yellow, and red, which was colourfast but more expensive, was most often used as an accent, although Britain liked their army in red coats.

In 1857, the British army standardized the sailor uniform, France followed in 1858. The French adopted the striped wool jersey to be worn under a tunic. In France, the style was known as a Marinières. They were made in Brittany (aka Breton) from sheep’s wool from the town of St. James in Normandy (near the border of Brittany.)

The blue stripe became associated with all things nautical; men’s bathing suits were often made up in blue and white stripes in the late 19th century. There is a myth about Chanel including the Breton in her early collections, and even wearing it herself as early as 1913, but there is no evidence of either story being true, although she did like using jersey material for her summer clothes. The earliest evidence of the Breton making the leap into fashion dates from 1923 when the American couple Gerald and Sara Murphy, who took to regularly holidaying in France during the summer (they were also early proponents of suntanning), bought several Breton tops from a marine shop in Marseille for themselves and guests. Their guest list variously included: Cole Porter, Man Ray, Dorothy Parker, Igor Stravinsky, Ernest Hemingway, Pablo Picasso, and Zelda and F. Scott Fitzgerald.

From there the Breton became a standard piece of sportswear, worn as is, or reinterpreted in fashion collections. When worn with a beret, it even became a cliche of French style. 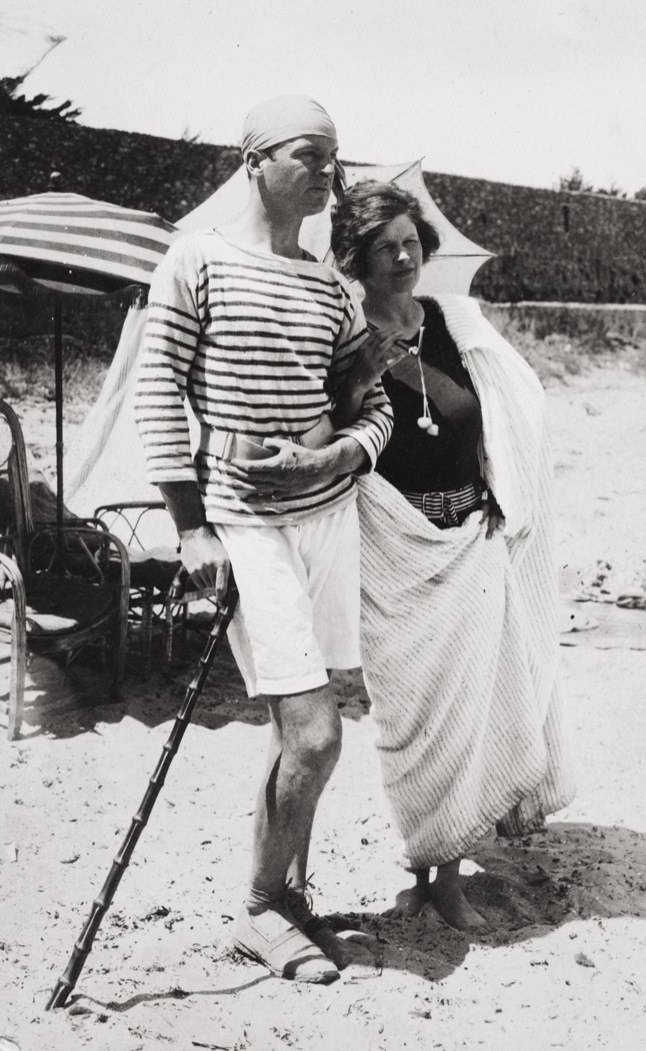 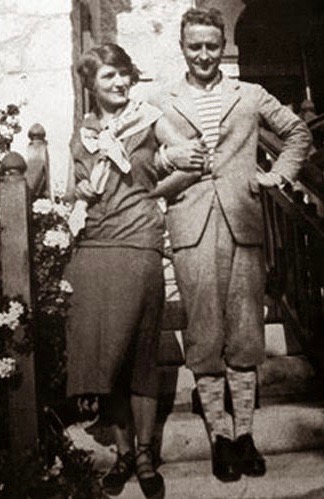